Skip to content
At the time of this writing, Bitcoin is hanging just above $7,000 per BTC.  It’s a tempting buy (especially if you feel Bitcoin will push back up to $8-9k per BTC in the short term).  I am long and optimistic on Bitcoin (I can sense your surprise, LOL).  But I try to be as smart as possible with it.  rather than constantly buy and sell, I buy on the dips and hold.  In the long run, I feel it will go up.  If it hits an insanely high mark, like climbing to $19,000 per BTC, I may be tempted to sell some of my holdings.  It’s not a large part of my net worth, and with such volatility, I think it should not be.  Most investment advisors preach diversification, and if you are 100% Bitcoin, that is a big risk. 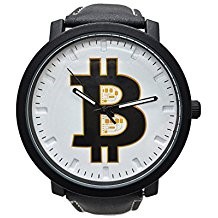 It it time to buy Bitcoin?  (Bitcoin Watch available from Amazon)

If you bought bitcoin when it dropped from 19,000USD per BTC, at levels above $10k per BTC, I feel your pain.  Timing any market is usually folly.  Even if you think you are “buying the dip”, no one can predict the actual price levels.  If we could, we all would be millionaires.  Even with almost a 10 year run, many financial experts, like Warren Buffett and Charlie Munger, consider Bitcoin a sham and advise everyone not to invest in it. (links are to articles quoting them on their views).

The best advice I can think of is from Jim Cramer, investor/author/money manager.  His suggestion is (and he was referring to stocks, not Bitcoin specifically), was to accumulate your position over time.  Don’t buy it all at once, because the price may go lower, and you don’t want to miss a buying opportunity.  As an example, if you want to buy $1,000 USD worth of bitcoin, buy it in $100 or $200 chunks.  Even if it climbs out of your “buy price zone”, you will still have some of the position in play.

Video from the street – Cramer and his experts talk about Bitcoin

I strongly suggest you fight the urge to BUY BUY BUY! and take your position slowly. As always, get advice from people you trust and financial professionals. Even if you want to cash out of a position you have in Bitcoin, consider doing it in chunks, so you won’t miss out on an uptick in price, even if you have to wait a bit.

My story should not be considered investment advice, just how I take a position in Bitcoin.  Never invest more than you can afford to – Bitcoin is volatile and can go either way!  hopefully, TO THE MOON!

Thanks for Reading my Blog on Bitcoin!

In the US, Bitcoin is a phenomenon that has captured the attention of the population, and raises speculation about the price and “staying power” of the cryptocurrency.  You see, in the US, we have a solid fiat currency – The United States Dollar – and Bitcoin is just an additional asset to acquire.  Especially if it goes up in price.  But US Citizens don’t “NEED” Bitcoin.  it really doesn’t solve a problem for us.  If you have Dollars, that is the coin of the realm, and is graciously accepted throughout America and it’s territories.

Bitcoin is very important in Countries with high inflation
When the fiat currency is devalued or worthless in a given country, Bitcoin provides a solution to move money around without inflation issues and fees.  Venezuela, which is mining it’s own altcoin, the “Petro”,  has a high adoption rate for Bitcoin.  Bitcoin solves a problem, when you want to move money (Bitcoin) in and out of the country without paying taxes or fees.

“Women’s Annex has led to a significant increase in female adoption of bitcoin in Afghanistan, which in turn allowed many women to access unprecedented levels of financial autonomy. During a recent Blockchain Summit event, Roya Mahboob recounted the story of one woman whose “husband always hit her and took all [of her] money from her”. After joining Women’s Annex and being introduced to cryptocurrency, the woman was able to save enough bitcoin to “later [sell] them off and [get] a lawyer to get her divorce”, said Mahboob.” – Bitcoin News

In Africa, only 20% of the population have bank accounts, but 60-70% of the population have cellphones.   It is easier to get a bitcoin wallet for your phone, than to open a bank account. Muslim women, who cannot enter a bank without a man to “conduct” transactions for her, can keep a phone with a bitcoin wallet under their Burka, avoiding public judgement on her behavior, and using bitcoin to conduct business.  This is discussed in detail in a Coinbase article.

Bitcoin is an enabling mechanism in countries where the fiat currency is undesirable, or the banks are difficult to do business with, or the culture prevents people from conducting business.  Bitcoin may not be more than a novelty where the fiat currency is strong (Yen, Euros, pounds), but it is a powerful business tool in the developing world.  That, my friends, is why Bitcoin matters!

Best of Luck, and “To the Moon”
Thanks for Reading my Blog on Bitcoin!